Tsukuba, Japan—Light-matter interactions form the basis of many important technologies, including lasers, light-emitting diodes (LEDs), and atomic clocks. However, usual computational approaches for modeling such interactions have limited usefulness and capability. Now, researchers from Japan have developed a technique that overcomes these limitations. 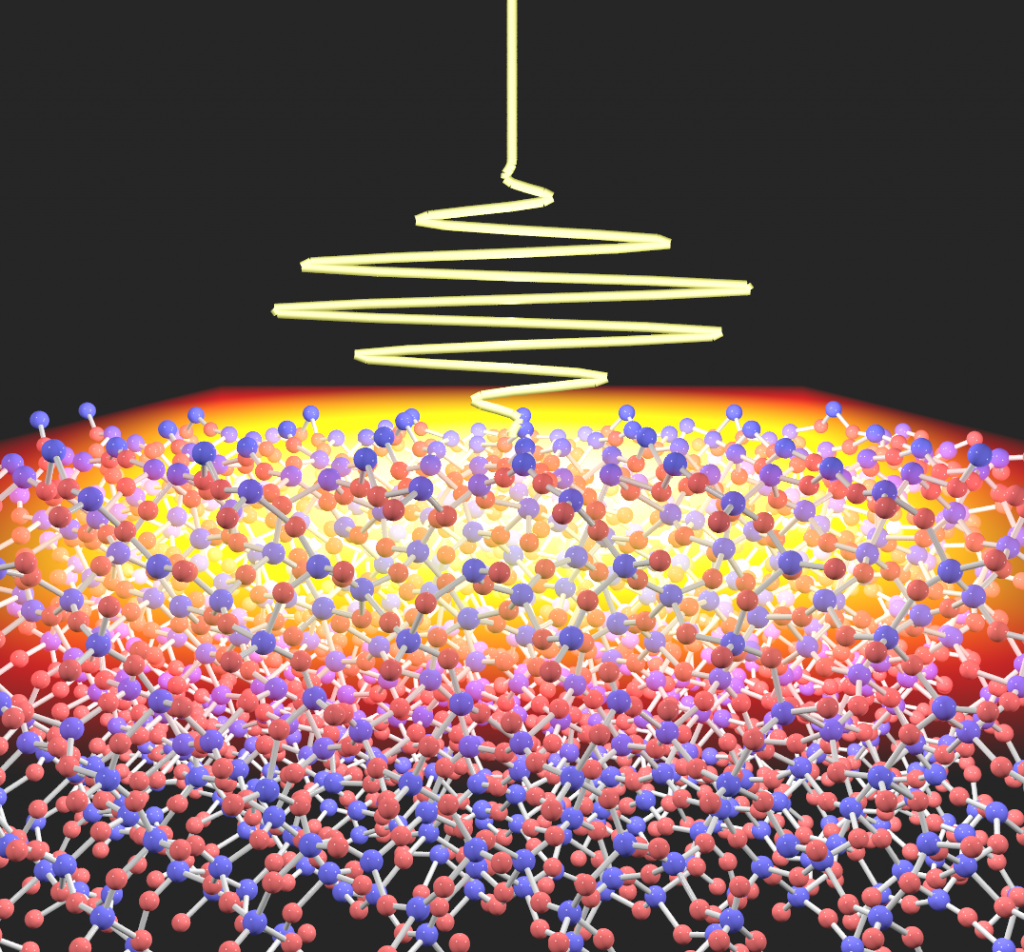 In a study published this month in The International Journal of High Performance Computing Applications, a research team led by the University of Tsukuba describes a highly efficient method for simulating light-matter interactions at the atomic scale.

What makes these interactions so difficult to simulate? One reason is that phenomena associated with the interactions encompass many areas of physics, involving both the propagation of light waves and the dynamics of electrons and ions in matter. Another reason is that such phenomena can cover a wide range of length and time scales.

The researchers implemented the method in their in-house software SALMON (Scalable Ab initio Light-Matter simulator for Optics and Nanoscience), and they thoroughly optimized the simulation computer code to maximize its performance. They then tested the code by modeling light-matter interactions in a thin film of amorphous silicon dioxide, composed of more than 10,000 atoms. This simulation was carried out using almost 28,000 nodes of the fastest supercomputer in the world, Fugaku, at the RIKEN Center for Computational Science in Kobe, Japan.

“We found that our code is extremely efficient, achieving the goal of one second per time step of the calculation that is needed for practical applications,” says Professor Yabana. “The performance is close to its maximum possible value, set by the bandwidth of the computer memory, and the code has the desirable property of excellent weak scalability.”

Although the team simulated light-matter interactions in a thin film in this work, their approach could be used to explore many phenomena in nanoscale optics and photonics.

###
This research was supported by MEXT as a priority issue (theme 7) to be tackled using the Post-K Computer; by JST-CREST (grant number JP-MJCR16N5); and by the MEXT Quantum Leap Flagship Program (MEXT Q-LEAP, grant number JPMXS0118068681).

The article, “Large-scale ab initio simulation of light-matter interaction at the atomic scale in Fugaku,” was published in The International Journal of High Performance Computing Applications at DOI: https://doi.org/10.1177/10943420211065723

« Record-Breaking Simulations of Large-Scale Structure Formation in the Universe