The universe is believed to have been born 13.8 billion years ago with the Big Bang. The universe continued to expand, gradually decreasing in temperature and density. The first hydrogen atoms appeared 3.8 million years after the big bang, in the epoch of recombination. The temperature of the universe then was 3000 K, no stars or galaxies existed, only small density fluctuations with amplitudes at the 0.01% level.

Recently, many young galaxies existing in the universe already 600 million years since the Big Bang have been discovered.  This tells us that the universe has undergone a major transformation between 3.8 and 600 million years after its birth, a transformation generally linked to galaxy formation. The processes, however, by which galaxies are born is still shrouded in mystery. 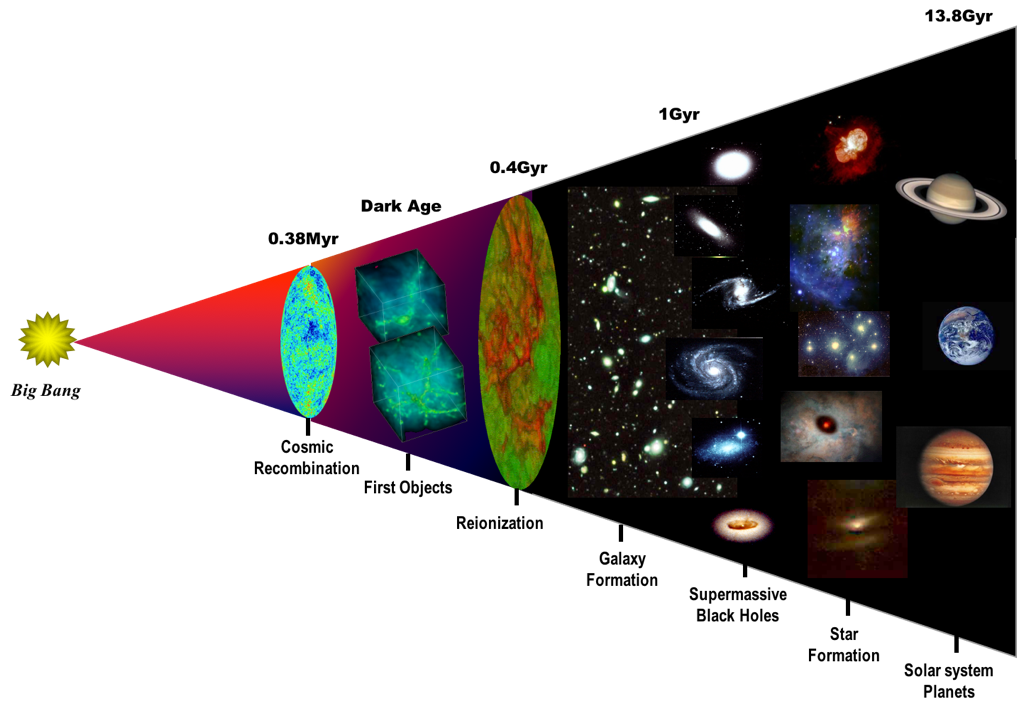 Figure 1 Chronology of the Universe

In Astrophysics, we seek to understand, using fundamental laws of physics, the birth of the first stars and galaxies, the light they emit, the formation and evolution of galaxies and galaxy clusters, the formation and evolution of black holes and active galactic nuclei, and the formation of stars and planets. We pursue these aims by accurately solving radiative transfer equations and relativistic radiation-hydrodynamic equations and thereby realistically simulating the interaction between radiation and matter, and the multi-constituent, multi-bodied nature of the formation and evolution of astrophysical objects. We frequently begin a project by making analytical advances and numerical estimates of the important physics involved in the problem, before launching large scale numerical simulations on supercomputers hosted at the Center for Computational Sciences. 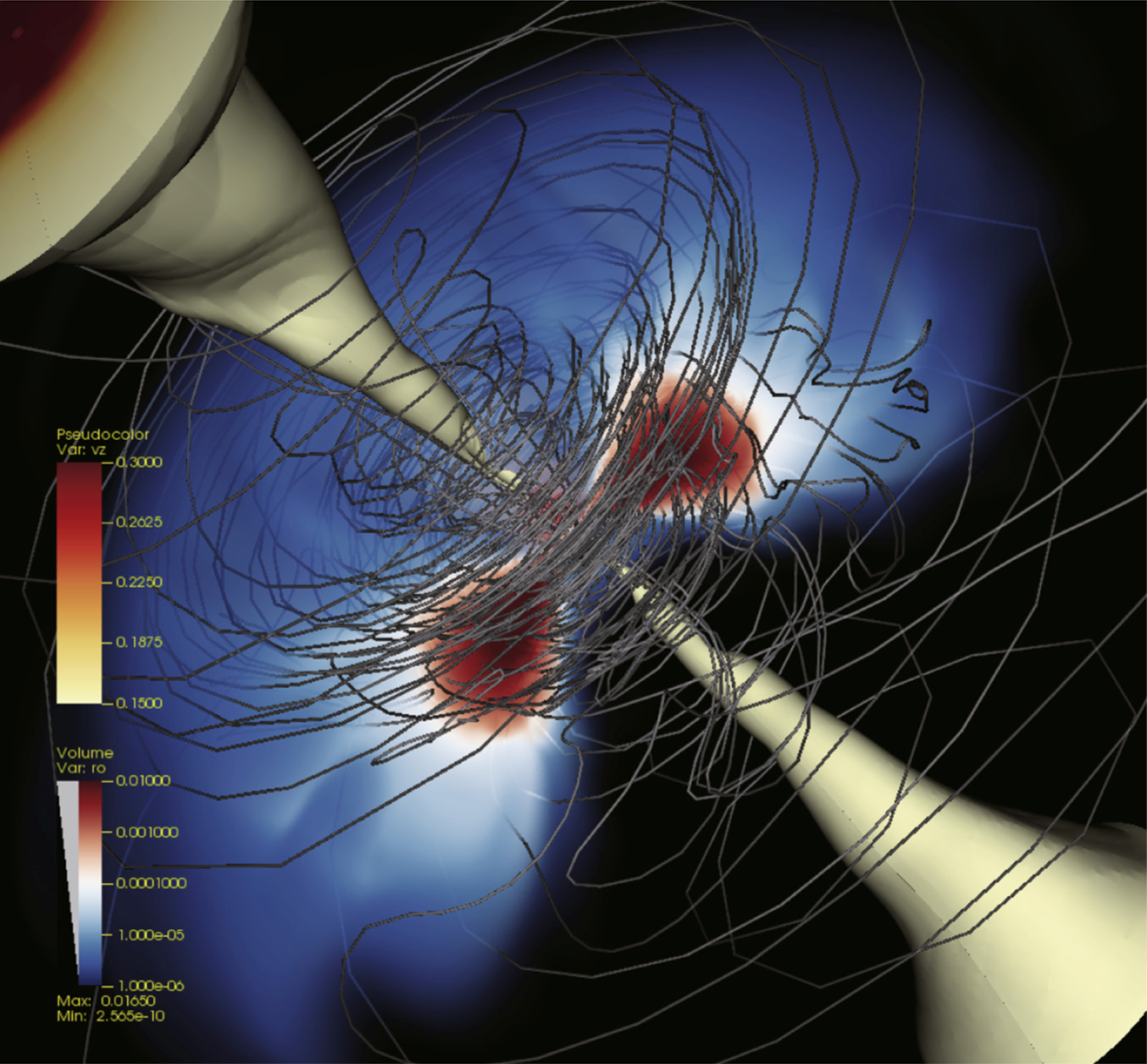 Figure 2 Accretion disc and jet around a black hole 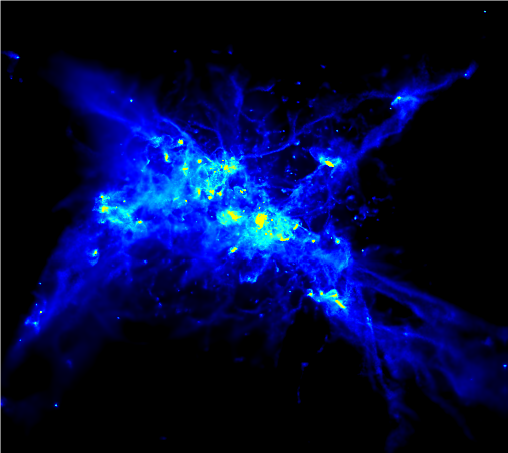