Nucleus is a microscopic object composed of two kinds of fermions, protons and neutrons, bound by the strong interaction. Theoretically, it is described by the many-particle quantum mechanics and the field theory. Nuclear structure shows a variety of different aspects, depending on its time and energy scales. These rich and quantum natures of nuclei have been fascinating researchers.

Nuclei are fuel of the stars and carry all the mass of materials. Properties of nuclei ultimately control the origin of elements. The burning process of nuclear fuel in the stars depends on nuclear reaction and structure, which determines brightness and destiny of the stars, species of produced elements, and so on.

Nuclear physics has been advanced with strong cooperative relationship between experiments using accelerators and theories using computers. The numerical calculation is indispensable in many-particle quantum problems such as nuclear systems. In Division of Nuclear Physics, we are developing theories/models/numerical methods, based on quantum dynamics, and aim at solving mysteries in nuclear structure, nuclear reaction, structure of stars, and origin of elements in the universe.

Density functional theory (DFT) has been developed for universal and quantitative description of nuclei. Figure 1 shows a chart of nuclear deformation in the ground state, obtained with the DFT calculation. Furthermore, the time-dependent density functional theory (TDDFT) enables us to study response and reaction of nuclear systems. We have developed numerical codes to study photonuclear reaction, giant resonances, low-lying elementary modes of excitation, and heavy-ion collision. From these numerical calculations, we have succeeded to achieve a number of new insights into microscopic mechanisms of nuclear reactions, spontaneous breaking of symmetry, and quantum fluctuations. In addition, these results contribute to understanding element-synthesis process behind explosive stellar phenomena, such as supernovae. 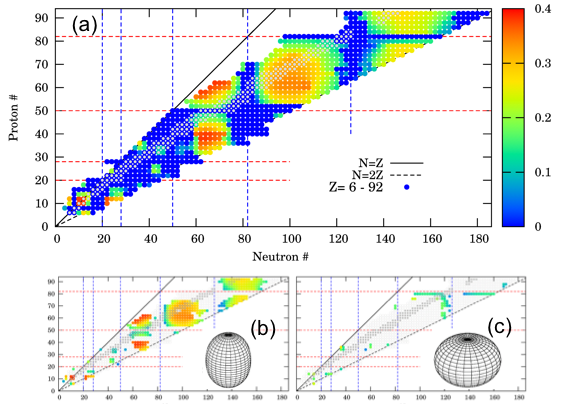 Fig.1  (a) Chart of nuclear deformation. Among those with relatively large deformation, (b)  prolate shapes, and, (c) oblate shapes.

Many attempts for synthesis of new elements have been performed using collisions of two heavy nuclei in accelerator facilities in the world. Recently, the naming right is awarded to a team in RIKEN, leading to the first element name by Japanese, “Nihonium”, of element 113. Figure 2 shows a study on possible reaction producing element 120. In most of heavy nuclei, protons and neutrons are paired and condensed in the ground state (pair condensation). This was confirmed in the calculation of Fig. 1. This leads to nuclear superfluidity and significantly affects many properties of structure and reaction. However, its effects on nuclear reaction, such as pair transfer and dynamical shape evolution, have not been well understood. We are currently developing real-time simulation in the 3D space for collisions of superfluid nuclei, and microscopic determination of nuclear reaction path based on theories of large amplitude collective motion.  Recently, we have studied nuclear fission problems, and have found out production mechanism of fission fragments around xenon inside nuclear reactors. In Fig. 2, we show how the nuclear shape of 240Pu changes during the fission process. The larger fragment (lower fragment in Fig. 2) is deformed in the pear shape, which leads to an energy gain in the isotopes around xenon. The present results of simulation also agree with experimental data. 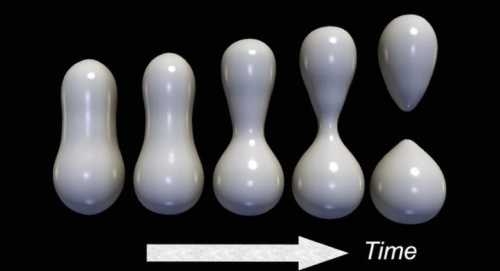 Fig.2  Simulating nuclear fission of the Pu nucleus in real time. The time span from the left to the right ends is about 2×10−20 s.