Bureau of Public Relations and Strategy

Simply speaking, “computational science”involves using computers to do science. In the past decade, extraordinary advances in science and technology have been achieved as a result of dramatic increases in the power and availability of computers and networks. Most scientific disciplines are benefiting from computer modeling, analysis, and visualization. Computational science has shifted the paradigm of scientific research to include simulation as a fundamental method of science, along with experiment and theory. Computer simulation allows us to acquire scientific insights into problems that are too complex or difficult to study analytically using just “paper and pencil”. It also enables the study of complex systems and natural phenomena that would be too expensive or dangerous, or would even be impossible, to study by direct experimentation. Computation is now regarded as an equal and indispensable partner, along with theory and experiment, for scientific research. 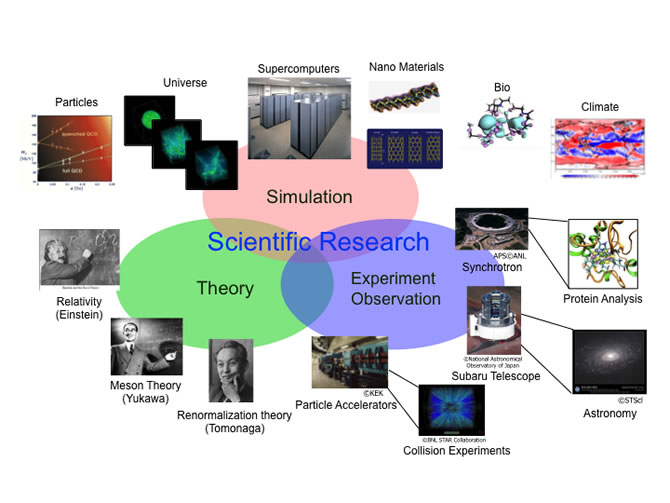