A new mechanism is proposed by the University of Tsukuba to explain the resilience of superconductors after temporary exposure to a magnetic field, providing a potential route to lossless electricity transmission 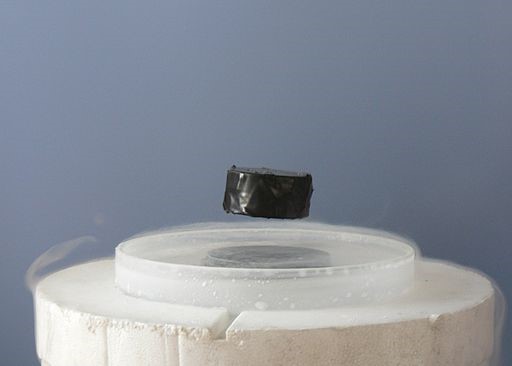 Tsukuba, Japan – A researcher at the University of Tsukuba has offered a new explanation for how superconductors exposed to a magnetic field can recover – without loss of energy – to their previous state after the field is removed. This work may lead to a new theory of superconductivity and a more eco-friendly electrical distribution system.

Superconductors are a class of materials with the amazing property of being able to conduct electricity with zero resistance. In fact, an electrical current can circle around a loop of superconducting wire indefinitely. The catch is that these materials must be kept very cold, and even so, a strong magnetic field can cause a superconductor to revert back to normal.

It was once assumed that the superconducting-to-normal transition caused by a magnetic field could not be reversed easily, since the energy would be dissipated by the usual process of Joule heating. This mechanism, by which the resistance in normal wires converts electrical energy into heat, is what allows us to use an electric stovetop or space heater.

“Joule heating is usually considered negatively, because it wastes energy and can even cause overloaded wires to melt,” explains Professor Hiroyasu Koizumi of the Division of Quantum Condensed Matter Physics, the Center for Computational Sciences at the University of Tsukuba. “However, it has been known for a long time from experiments that, if you remove the magnetic field, a current-carrying superconductor can, in fact, be returned to its previous state without loss of energy,”

Now, Professor Koizumi has proposed a new explanation for this phenomenon. In the superconducting state, elections pair up and move in sync, but the true cause of this synchronized motion is the presence of so-called “Berry connection,” characterized by the topological quantum number. It is an integer and if it is nonzero, current flows. Thus, this supercurrent can be switched off abruptly by changing this number to zero without Joule heating.

The founder of modern electromagnetic theory, James Clerk Maxwell, once postulated a similar molecular vortex model that imagined space being filled with the rotation of currents in tiny circles. Since everything was spinning the same way, it reminded Maxwell of “idle wheels,” which were gears used in machines for this purpose.

“The surprising thing is that a model from the early days of electromagnetism, like Maxwell’s idle wheels, can help us resolve questions arising today,” Professor Koizumi says. “This research may help lead to a future in which energy can be delivered from power plants to homes with perfect efficiency.”

The work is published in EPL as “Reversible superconducting-normal phase transition in a magnetic field and the existence of topologically protected loop currents that appear and disappear without Joule heating.” (DOI:10.1209/0295-5075/131/37001)